Remembering the Life and Words of Malaclypse the Younger, who left us on this day in 3166 YOLD (2000cc).

Greyface and his followers took the game of playing at life more seriously than they took life itself and were known even to destroy other living beings whose ways of life differed from their own.

THE DRUG-DEALING APPROVAL IN THE PAST
Below numerous antinarcotic data are presented, however, it is necessary to understand that it is only one side of the coin, and secondary at that.
The group of alkaloids includes a lot of curatives – from coca, opium, hashish and even from tobacco. We are inclined to be angry, when we see adverts of the 19 century with opium infusions against cough for children, however, some opiates really treat cough and not only cough.
Without anesthesia, surgical intervention may cause a patient’s shock and death. In the past, the overwhelming majority of death cases after wounds happened due to shock, and opium used to be the only anesthetic known in Europe up to the middle of the 19 century.
All antidotes contained theriac – opium wine tincture, and it was the right decision: at least, it had a placebo effect: to the patient felt better, and the person started to believe that he would recover. Nevertheless, there is also one more circumstance: speaking about medieval poisoning cases, we already see a picture in our heads: a malicious sorcerer pours toxin in soup, and this picture is doubtful. Up to 1880s there were no effective toxins, and almost all poisoning cases, in which doctors prescribed alkaloids, had not criminal character. Moreover, they happened really often.
Primarily, the author means poisoning with telluric gases and volcanic products as the result of earthquakes during those epoch when Europe was covered, for example, with clouds of ashes drifting from Iceland. People died not only because of chemical burns (lungs, first of all) and lesions of basal ganglia; the most different areas of the nervous system suffered, and in such situations to do without some alkaloids meant to increase the cases of lethal outcomes in tens percent in a short period of time.
The theme of dangerous natural disasters requires separate large research, but now it is necessary to assume the fact that the mass confidence of our ancestors that smoking or even narcotic “a feast in time of plague” helped to survive had been found to be substantiated.

That is, incense in Latin is Olibanum, and opium – Ladanum. END_OF_DOCUMENT_TOKEN_TO_BE_REPLACED

Chaos and Discord have come and dropped a great load on us all, resulting in Confusion. This is the fluxiest of holydays, as this is the point at which we are reminded that the Law of Escalation goes both ways: imposition of order leads to an escalation of disorder, naturally; but also the imposition of disorder leads to an escalation of order. Equality is commutative. Next season is Bureaucracy. Party now in preparation.

This is a legal Discordian religious holiday, recognized by the US government. You are within you rights to demand the day off from work.
Street theater.
Speak to everyone by pronouncing the words as if they were spelled backwards.
Imbibe large quantities of your preferred intoxicant.
Hand out fliers on a street corner that are printed in a made-up language, like Elvish or Theban. If translated they should say, “Cthulhu for President: When you’re tired of voting for the lesser of two evils.”
Perform five completely random and spontaneous acts.
Drive/bike/walk in a direction you have never gone before. Travel randomly. Stop by a gas station and ask for directions to Thuddite Manor.
Unleash your inner maniac.
Wear a tie to the pool, and swimming trunks to the opera.

Modern human societies show hierarchical social modularity (HSM) in which lower-order social units like nuclear families are nested inside increasingly larger units. It has been argued that this HSM evolved independently and after the chimpanzee–human split due to greater recognition of, and bonding between, dispersed kin. We used network modularity analysis and hierarchical clustering to quantify community structure within two western lowland gorilla populations. In both communities, we detected two hierarchically nested tiers of social structure which have not been previously quantified. Both tiers map closely to human social tiers. Genetic data from one population suggested that, as in humans, social unit membership was kin structured. The sizes of gorilla social units also showed the kind of consistent scaling ratio between social tiers observed in humans, baboons, toothed whales, and elephants. These results indicate that the hierarchical social organization observed in humans may have evolved far earlier than previously asserted and may not be a product of the social brain evolution unique to the hominin lineage.

More than 100 years ago in imperial encyclopedic dictionaries:

Neplatelschiki (the Nonpayers) are a sect that appeared after the liberation of peasants in the Krasnoufimsky district of the Perm province, rejecting ritualism and payment of taxes.

Encyclopedic Dictionary
Brockhaus and Efron
The Nonpayers are a bezpopovsky sect that appeared in the Krasnoufimsky district of the Perm province (at the Nizhne-Verkhne-Serginsky factories, Mikhailovsky, Atigsky and others). The Nonpayers reject established authorities, refuse to pay taxes and fulfill various state duties. At first, the Nonpayers sect was few and manifested itself in the form of light opposition against the rural and volost authorities in collecting taxes, but then began to gradually increase, and with the introduction of compulsory service, cases of insubordination to the orders of the authorities began to repeate with greater force. To strict measures of power the Nonpayers treated with stoic composure, seeing in them a test sent from above. The convictions of the clergy to obey the orders of the civil authorities armed the Nonpayers against them and, as a result, had caused the Nonpayers to break with the church and the denial of all rituals. Recognizing one supreme being – God, The Nonpayers reject veneration of saints, worship, sacraments, do not sign the cross, do not wear a cross, do not recognize fasting, etc. Public worship is replaced by the Nonpayers to home, private unites, which read the Gospel, the Bible, the works of Cyril of Jerusalem, Ephraim the Syrian, and others. 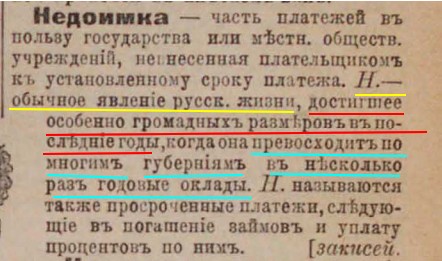 Nedoimka (arrears) is a part of payments to the state or local public institutions, which the payer has not paid by the due date. Nedoimka is a common phenomenon of Russian life, which has reached a particularly huge size in recent years, it exceeds the annual salary in many provinces by several times. The overdue payments resulting in repayment of loans and interest payments are also called Nedoimka. 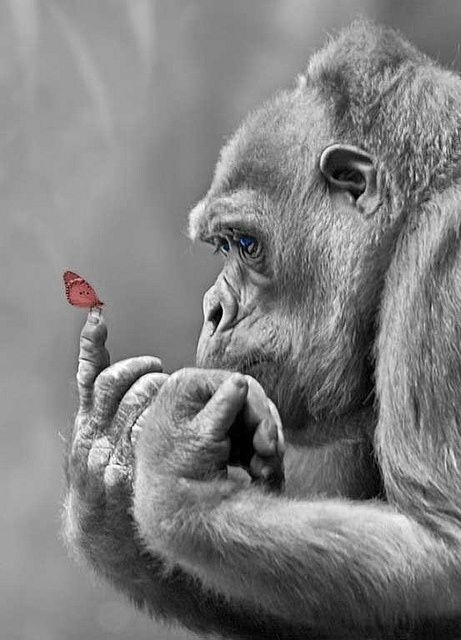